“Bringing the very highest quality products to the everyday table.” FROM OUR GROVES from the PELOPONNESE LACONIA GREECE, ONE OF THE WORLD’S RENOWNED AREAS FOR PRODUCING EXCELLENT OLIVE OILS. Harvested in Greece, bottled and packaged in Canada.

History of the Olive Tree

Our 3000 plus trees across many small groves, consist of Koroneiki, Koutsourolia, Athinolia and Kakori trees. Some of the olive trees are several hundred years old while others are just a few years old. Each tree type has a unique quality and flavour that distinguishes our Spartan Rolling Hills EVOO.

More than 130 million olive trees are cultivated in Greece, which produce
approximately 300,000 tons of olive oil per year, of which 82% is extra virgin with a good majority early harvested.  Spain and Italy produce only 25% to 45% respectively.

The main olive oil production areas of Greece are the Peloponnese, which produces the 65% of the total. The most famous variety of olives is the koroneiki from southern Peloponnese.

Asia Minor and beyond.

The Olive was native to Asia Minor and spread from Iran, Syria and Palestine to the rest of the Mediterranean 6,000 years ago.  It is among the oldest known cultivated tree in the world.   It was grown on Crete by 3,000 BC and may have been the source of the wealth of the Minoan kingdom.

The Phoenicians spread the olive to the Mediterranean shores of Africa and Southern Europe. Olives have been found in Egyptian tombs from 2,000 BC.  The olive culture was spread by the Greek and Roman empires.

In the past several hundred years the olive has spread to North and South America, Japan, New Zealand and Australia.

The use of olive oil is found in many religions and cultures. It is an integral   part of the Greek Orthodox church at baptisms and funerals. Olive oil was used to anoint the early kings of the Greeks and Jews. The Greeks anointed winning athletes in the ancient Olympics. Like the grape, the Christian missionaries brought the olive tree with them to many parts of the world for food but also for ceremonial use. And how about these household use of olive oil.

Athens, the Greek Capital,  is named for the Goddess Athena who brought the olive to the Greeks as a gift.   Zeus had promised to give Attica to the god or goddess who made the most useful invention.  Athena’s gift of the olive, useful for light, heat, food, medicine and perfume was picked as a more peaceful invention over Poseidon’s horse.  Athena planted the original olive tree on a rocky hill which we know today as the Acropolis.  The olive tree which grows there today is said to have come from the roots of the original tree.   Myth or Fact!

Olive oil brings so much delicious Mediterranean flavour to salads, fresh fish, poultry and vegetables. And if that were not enough, it is rich in Vitamin E and high grade monounsaturated fatty acids – so it promotes a healthy life.

Olive oil helps to lower cholesterol and to reduce the risk of heart disease. Comforting isn’t it, to know that something you like is good for you!

For centuries the Greeks have prized oil for its therapeutic benefits and believed it to be the secret to beauty and longevity.  Studies show that extra virgin olive oil reduces many health risks from heart disease and diabetes to breast and prostate ancer.

Olive oil’s main benefit is cardiovascular. Of all the commonly available oils, olive oil is the highest in lower cholesterol  This type of fat is known to lower blood cholesterol levels. Olive oil is also an excellent source of antioxidants/polyphenols, which protect the heart.

The body easily absorbs olive oil so readily absorbs Vitamin E and phenols which prevent the oxidation of fatty tissue. Experts have suggested that this is because it is high in monounsaturated fat.

Olive oil should be used in everyday cooking. It can be used in salads or added to any recipe. It is perfect even for frying. Olive oil is the healthiest oil with no cholesterol and rich in vitamins.

Medical studies indicate that Mediterranean countries particularly Greece where olive oil consumption is high have less cardiovascular disease than any other country.

Can olive oil reduce the effects of aging?

A major cause of the degeneration of cells is the accumulation of free radicals which are produced by the oxidation of the fatty tissues of the body.

Vitamin E, phenols and other anti oxidizing substances protect the human body from the negative effects of free radicals. Olive oil contains a high percentage of phenols and Vitamin E and as a result helps delay the aging process.

Is olive oil an aphrodisiac?

An added benefit of using olive oil in your daily diet is that Vitamin E improves your sex life.

Studies in Mediterranean countries have shown that heart disease is lower than would be expected by cholesterol levels. Many feel that this can be explained by the high olive oil content in the diet of the region.

Research into whether olive oil reduces the blood’s clotting ability which would in turn mean fewer heart attacks showed that levels of blood coagulation factor were significantly lower in those who ate olive oil as part of their diet. The study’s conclusion was that olive oil may lower the procoagulant tendency of fatty meals which could explain the low incidence of heart attacks in Mediterranean countries such as Greece.

Studies on animals have shown that diets high in fats increase the risk of colon cancer. Tests using olive oil to see if it could safeguard against colon cancer compared to other oils showed that the use of olive oil lowers the incidence of bowel tumours.

Although it is not clear what specific property of olive oil has this effect, those undertaking the study suggested it may be partly due to a lowering of inflammation chemicals in the gut. Olive oil has been shown to have anti-inflammatory effects in several other studies. Studies also suggest that olive oil can decrease the incidence of breast cancer.

Atherosclerosis is a disease of the walls of the arteries where fats are deposited and inflammation changes causes scarring and narrowing, which can eventually cause clots and total blockage.

Blockages can cause strokes and heart attacks. High levels of LDL cholesterol in the blood accelerate the fat deposits while HDL cholesterol seems to be protective.

The history of olive oil in Greece goes back into the centuries and even today thousands of Greek families are occupied in its production. Greece is the third largest olive oil producing country after Spain and Italy.  The competitive advantage of Greek olive oil in relation to that of other countries is its fine and pure quality. Greek law does not allow for blending or olive oils.

One of the characteristics of the Greek olive oil industry is the existence of a large number of small sized, family run businesses, which are set up in oil producing areas. Spartan Rolling Hills Ltd is such a business. During the period of 1998 / 99, a total of 2,500 businesses were in operation.   About 2 / 3 of Greek Olive Oil production is from the Peloponnese , the home of Spartan Rolling Hills and the island of Crete .

Greek exports of olive oil for the last decade are estimated between 20 and 40 thousand tonnes annually. The main target countries for Greek olive husk oil are the countries of the European Union. Companies in these countries import unprocessed olive husk oil, process it and usually mix it with seed oil and export it, something which is prohibited in Greece by law.  Source:  Athens Chamber of Commerce & Industry Our early crop “Agourelaio” literally means  “unripe olive oil”.   Extra virgin olive oil extracted from this fruit is distinct for its rich green colour, fruity aroma and flavour and slightly spicy flavour.

Both the Regular and Organic olive oils taste as if they were harvested yesterday. Spartan Rolling Hills olive oils and olives are simply one of the best Greek Olive oil products. We maintain a consistent quality product with our hands on approach for the harvesting, bottling and distribution.

If you are interested in becoming an approved retailer or if you wish to purchase a case or two for gifting, contact us by phone at 647-321-6451 for Nick or 416-826-7875 for John. Or send an email to info@spartanrollinghills.com. We can ship to anywhere in the world.

Check the Store Locator for a retail location near you to purchase our Spartan Rolling Hills products.

The Rolling Hills of Sparti 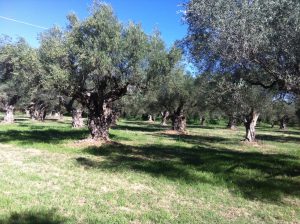